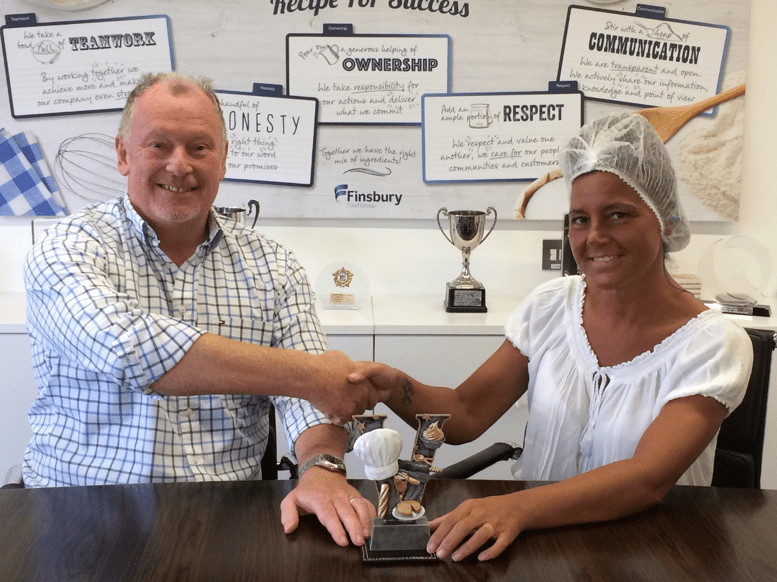 The employee of the month for July 2017 is Sue Jones.

Sue is a Section Leader in the Roll Plant. She has been nominated by 51 of her work colleagues. There was a problem with the poor quality of baked sponge continually causing waste, after many failed attempts Sue suggested to the engineers an alternative solution linked to the oven mesh belt, this was acted on and solved the problem. Her leadership and cheerful attitude towards her team is also the result of the nomination being made. Well done Sue!